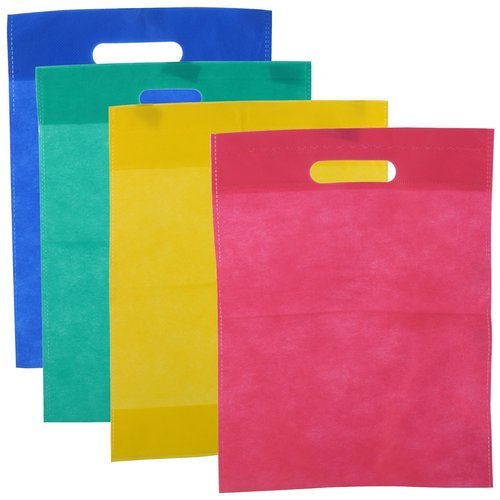 Non-Woven Polypropylene bags. Yet Another Evil

When caught between the devil and the deep blue sea, the deep blue sea may look more benevolent.Plastic carry bags and Non-woven polypropylene bags put most of the gullible, uninformed consumers in a similar spot.

What are Non-Woven Polypropylene bags (NWPP)?

They are nonwoven polypropylene PLASTIC fibers bonded together mechanically, thermally or chemically.

Popularly known as the PP bag, as it is made out of PolyPropylene, this new entrant is a fierce competitor for the single-use plastic bag that is banned in several states in India, with an impending ban in Tamilnadu from January 1, 2019.

Some of them maybe, but the price of such bags will be twice that of regular plastic bags. To date, there aren’t any 100% biodegradable plastic bags. Most of the so-called bio-degradable NWPP bags are only partially biodegradable, with the bonding component capable of biodegradation while the plastic component merely breaks down and spreads out as microplastics polluting the land, water, and air. When the bonding material happens to be corn or potato starch, it involves ethical issues. Can edible starch be used for the production of these convenience items while a substantial percentage of the population is still below the poverty line and starving? It is someone’s food after all. Think about it!

Well, so are single-use plastic carry bags. So why is there a ban on them at all? Recycling is an expensive proposition as it involves aggregation, transportation, and energy for conversion all of which make it unviable for the recyclers. And most NWPP is color dyed which makes them unfit for recycling. Soiled ones render recycling impossible too. As such they are not a sustainable alternative to plastic carry bags. It is high time government brings a clampdown on the manufacturers of these NWPP bags and puts a total embargo on these NWPP bags. Till then let us pledge to spread the right message about these NWPP bags and say a #BIGNOTONWPP! Each one, reach as many as possible with this message.

NOF wishes to place on record our sincere thanks to Dr.Sultan Ahmed Ismail of Ecoscience Research Foundation for enlightening our team with the right perspective about biodegradable plastic bags during an interaction with him.